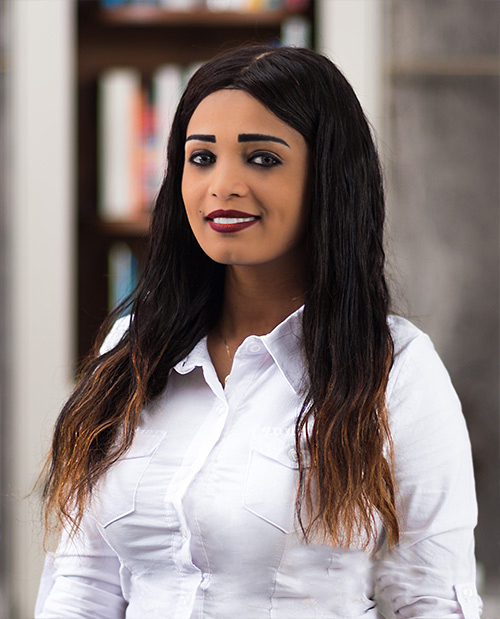 Tina was born in Addis Ababa, Ethiopia. Although her native language is Amharic, she learned how to speak Arabic fluently within a couple of years of being in Lebanon.

Tina majored in Hotel Management in Addis Ababa for one year, but then, dropped out in favor of pursuing work opportunities in Beirut where she moved in 2015. A year after moving and working several jobs, Tina landed her job at Yafi Capital in 2016.

She works with the entire Yafi Capital team, and learns a lot from her interaction with the different departments.

Tina is passionate about touristic sightseeing and visiting historical sites. She has almost discovered all the regions in Lebanon, which is more than the majority of the Lebanese people. She believes the richness of Lebanon is in its historic diversity, which is something she hopes to add to.